A is for Adventure

…and Aruba is where we found some this past week, the trip my husband’s much-deserved reward for a complete recovery after three months of illness and tests, then two surgeries and a post-surgical infection, (yes, poor guy, but he has a loving, supportive wife that saw him through.) 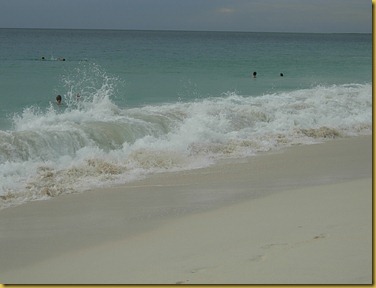 Aruba greeted us with white sands, blue skies and the rhythmic sounds of waves hitting the shore. 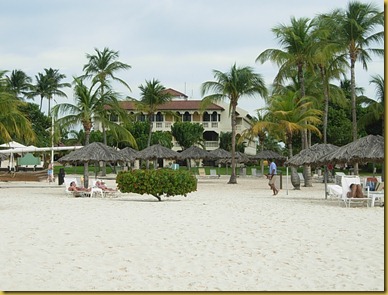 We stayed at the Bucuti Beach Resort, a Dutch-owned hotel in the low-rise district on Eagle Beach.

However, Aruba also greeted us with showers and incredible thunder storms that brought the most rain the island has had in one week in the past 60 years.

So the weather would be sunny, then cloud up -- and then… 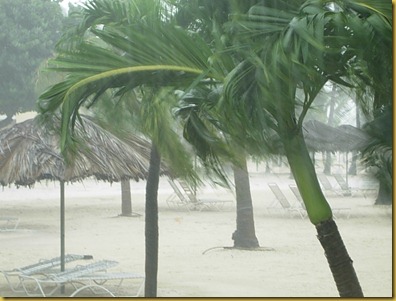 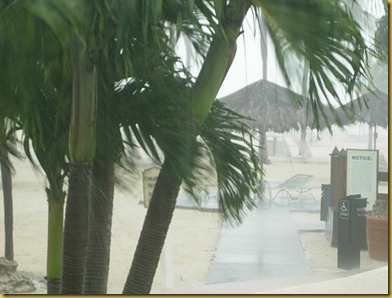 thunder and lightning and pounding rains!! Of course, Aruba is a semi-arid island with an average rainfall of about 15”, so they don’t have much in the way of a public drainage system. 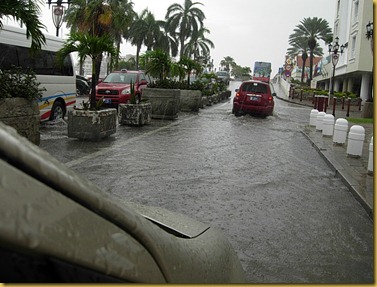 Which meant that basically everything flooded, from houses to roads. It felt very adventurous to try and drive around.

Back at the hotel, we’d enjoy the sun one hour, run for cover the next as storms assailed us -- and then a few hours later, be back on the beach stretched out in beach chairs again with everyone else. 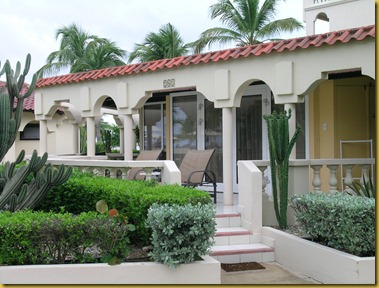 This was our romantic little bungalow on the beach, where I could snuggle up on the veranda and watch the storms, then run back out to swim in the ocean when the skies cleared.

I spent so much time in the ocean that I can still close my eyes, feel myself floating in the water and hear the rhythm of the waves on the sand. Ahhhhhh…